With fuel prices at an all time high, we’ve seen a surge in the number of enquires from vehicle owners that are exploring ways to improve their vehicles fuel economy and as the name suggests, economy tuning can be a useful tool in achieving this goal for certain vehicles, but before you set your mind on an economy remap, it’s important you understand what economy tuning is as it’s not suitable for every vehicle or every driver and bear in mind, the purpose of an economy tune is not to improve performance.

As a general rule, economy tuning is only a feasible option if you have a turbo diesel vehicle and even then, we’re talking about front or rear wheel drive vehicles with an engine size up to 2.5l, if your vehicle has a larger engine or it’s four wheel drive, the fuel economy increase would likely be limited, this of course leaves you with the question as to whether or not the cost of our economy software is worth it compared to the potential fuel saving and that ultimately comes down to your annual mileage.

If you have a petrol vehicle, in most cases economy tuning just isn’t suitable, the same applies to performance vehicles, if you have something like a VW Golf R, considering an economy remap is just a waste of time, you’re better off buying a more economical vehicle, as such this blog post is about turbo diesel vehicles.

With our economy software you can expect your vehicles fuel economy to increase by up to 20% but there are two important words there, up to, in reality we can’t guarantee an economy remap will increase your vehicles mpg, that’s part of the reason we offer a 7 day money back guarantee with our software, there are just too many factors beyond our control that impact fuel economy, if your vehicles tyres are underinflated or it hasn’t been serviced correctly, you’re already going to be suffering from greatly reduced fuel economy and an economy remap can’t undo the effects of poor maintenance or neglect.

Arguably the most important factor in terms of economy is you, the driver, if you have a heavy driving style then you’re going to be using more fuel than necessary, an economy remap focuses on maximising efficiency below 3,000rpm, if you’re constantly driving at a higher engine speed, you won’t benefit from an economy tune.

If your vehicle is mechanically sound, correctly maintained and you’re an careful driver you can unleash the benefits of our economy software, to give you a real world example, one of our employees owned a Skoda Fabia with the incredibly popular 1.6TDI engine, prior to our economy software it was delivering fuel economy averaging at 55mpg, with a combination our economy software and a more efficient driving style, it began averaging 75mpg on a like for like journey, that’s an increase of almost 40% which on a long commute makes a substantial difference.

Tuning an engine for economy focuses on optimising torque delivery below an engine speed of 3,000rpm, this is achieved by modifying several parameters within the ECU’s calibration, this improves how the engine responds at low speed and allows you to get into a higher gear sooner without the engine feeling laboured, maximising your mpg will require you to change your driving style as if you were to push the engine speed past 3,000rpm, the benefits of our software will be lost.

If you’re a business customer or you have a fleet of commercial vehicles, we can further restrict a vehicles’ top speed (to 60mph for example) and we can limit the engine speed to a maximum of 3,000rpm regardless of throttle input, this effectively forces a vehicle to be driven more efficiently but as implied, we wouldn’t recommend these limits for a privately owned vehicle.

WHAT ABOUT PERFORMANCE TUNING?

Performance tuning is very different to economy tuning, you may have heard that turbo diesel vehicles benefit from a fuel economy increase following a performance remap, this is largely true, we had a BMW 530d as a development car and prior to tuning that was getting around 38mpg, after we tuned it focussing on performance it was averaging 42mpg, the improved economy in that instance is a result of the increased torque which naturally accompanies a performance tune.

You might have seen companies out there using strange phrases such as “50/50 remaps” or “blend remaps” to describe whatever they’re offering, these are just made up phrases and in our experience, whether you asked such a company for a performance remap or a “50/50 remap”, the file they write to your vehicles ECU will likely be the same, it’s just a performance tune with a made up name that happens to deliver slightly improved fuel economy, we don’t use these made up phrases, we offer our performance tuning and our economy tuning, they are separate and distinct services with different aims.

Now that you understand a little more about performance and economy tuning, you’re probably thinking what’s best for me? If all you care about is maximising your vehicle’s economy and you’re prepared to change your driving style, an economy tune is more than likely the best option for you (providing your vehicle is suitable) but bear in mind, the aim of an economy remap is not to increase your vehicles performance, in fact if you asked us to reduce the throttle response the vehicle would feel slower.

If you’re looking to get the best of both worlds, improved performance with a little extra economy then our performance software is likely the better option.

Please contact us if you have any questions about our economy software. 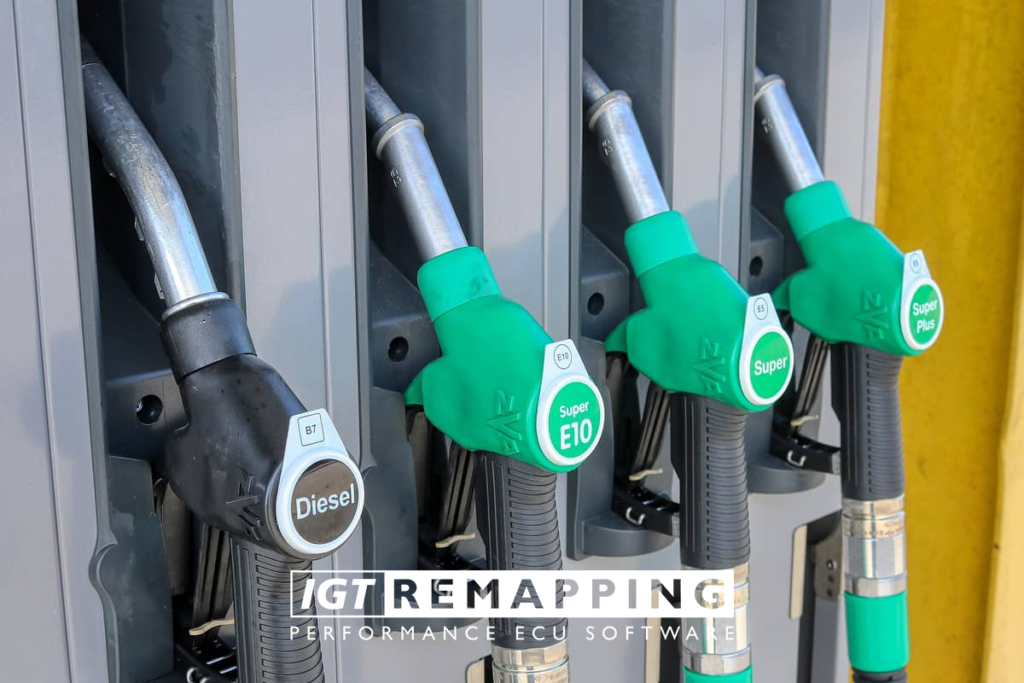 The Mk3 Focus RS is an incredibly capable car that responds well to tuning even in stock form, we’re able to offer fully custom tuning for the Focus RS thanks to EcuTek with full RaceROM features.

We normally see these with bolt on modifications but this example was stock, with our custom calibration we saw 386bhp & 410lbft based on 99RON fuel.

We offer remapping for approximately 90% of modern cars including popular brands such as Audi, BMW, Ford, Land Rover, Renault, Vauxhall, VW and many more.

If you’d like to view the available power gains for your vehicle use the following button to be taken to our vehicle finder.

The F90 BMW M5 is a serious motor, this example is now pushing out 700bhp and 650lbft thanks to our IGT-REMAPPING Performance ECU Software

We offer remapping for approximately 90% of modern cars including popular brands such as Audi, BMW, Ford, Land Rover, Renault, Vauxhall, VW and many more.

If you’d like to view the available power gains for your vehicle use the following button to be taken to our vehicle finder.

POWER GAINS
We use cookies on our website to give you the most relevant experience by remembering your preferences and repeat visits. By clicking “Accept All”, you consent to the use of ALL the cookies. However, you may visit "Cookie Settings" to provide a controlled consent.
Cookie SettingsAccept All
Manage consent

This website uses cookies to improve your experience while you navigate through the website, out of these, the cookies that are categorised as necessary are stored on your browser as they are essential for the working of basic functionalities of the website. We also use third-party cookies that help us analyse and understand how you use this website, these cookies will be stored in your browser only with your consent, you also have the option to opt-out of these cookies but opting out of some of these cookies may affect your browsing experience.
Necessary Always Enabled
Necessary cookies are absolutely essential for the website to function properly, these cookies ensure basic functionality and security features of the website, anonymously.
Functional
Functional cookies help to perform certain functionalities like sharing the content of the website on social media platforms, collect feedback and other third-party features.
Performance
Performance cookies are used to understand and analyse the key performance indexes of our website which helps us in delivering a better user experience for you.
Analytics
Analytical cookies are used to understand how you and other visitors interact with our website, these cookies help provide us with information on metrics such as the number of visitors, bounce rate, traffic source, etc.
Advertisement
Advertisement cookies are used to provide you with relevant ads and marketing campaigns, these cookies track website visitors across websites and collect information to provide customised ads.
Others
Other uncategorised cookies are those that are being analysed and have not been classified into a category as yet.
SAVE & ACCEPT